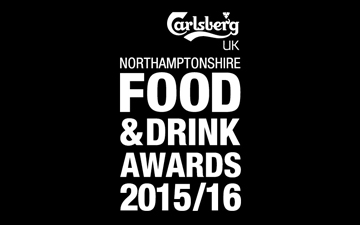 We are VERY excited to announce that we are up for an award!

Our pastrami has made it through the first stages of judging and is now nominated for the: Artisan Savoury Product of the Year (sponsored by Heygates Flour and Animal Feed).

We are a little bit excited, but we have some amazing competition! Keep reading for our fellow finalists and to find out more about the awards!

The oven gloves are now firmly off among some of the county’s finest producers as they battle for it out for culinary glory in the Carlsberg UK Northamptonshire Food and Drink Awards.

The Awards, devised by Northamptonshire Enterprise Partnership (NEP) and now in their seventh year, are aimed at celebrating all that is great about local produce and drink, recognising excellence within the county’s dining venues and rewarding those who work so hard within the culinary sector.

After much deliberating, cogitating and digesting by two select panels of experts at the recent product and drink judging sessions staged at Holdenby House and at the reigning ‘Community Pub of the Year – Town’, The Malt Shovel Tavern in Northampton respectively, the shortlisted finalists in the five categories have been chosen from a record number of entries. They are (in alphabetical order within the category):

Artisan Sweet Product of the Year (sponsored by Moulton College):

Artisan Local Drink of the Year:

New Local Drink of the Year:

Additionally, while not shortlisted, One Track Mind from Brigstock Brewery at Brigstock was also ‘Commended’ by the judges in the ‘New Local Drink’ category.

Among those new finalists to be celebrating their success is John Evans from Towcester Mill Brewery; “We’re absolutely thrilled that we have been shortlisted, especially as we’ve just marked the first anniversary of the opening of the newly refurbished brewery after we moved into the town from Whittlebury” explained John.

“It’s been a lot of hard work in bringing the old mill back to life but this helps to make all that effort worthwhile and we shall certainly be pulling a few pints in our community tap room to celebrate!” he added.

Those are sentiments echoed by Vicky Robertson of Most Marvellous Baking in Northampton who is a triple finalist across two categories this year with her granola and rhubarb and ginger cake; “The publicity I had from being shortlisted last year brought a real boost to my business so I’m delighted to have been successful again” explained Vicky.

“My cake uses rhubarb gin from one of last year’s winners, Warner Edwards, so here’s hoping that that might be the magic ingredient to take at least one of the titles this year!” she enthused.

The winners and runners-up in all five categories will be decided by a second panel of judges later in the year and the results, along with those of the other thirteen categories in the competition, will be announced at the Awards Dinner taking place at Royal & Derngate in Northampton on Thursday 15th October 2015.

Meanwhile visitors to both the Northamptonshire Food Show at Holdenby on Saturday 5th and Sunday 6th September 2015 and the Althorp Food Festival on Friday 25th and Saturday 26th September 2015 will have chance to sample some of the twenty-four shortlisted products and drinks.

For more details on all eighteen categories in the Carlsberg UK Northamptonshire Food and Drink Awards 2015/16, please visit the Awards’ website at www.northamptonshirefoodanddrink.co.uk

About the Carlsberg UK Northamptonshire Food and Drink Awards 2015/16

Carlsberg UK is one of the leading brewers in the UK and its main brewery is based on Bridge Street in Northampton. It has one of the best beer portfolios in the UK, with key brands including its flagship Carlsberg lager and top ale brand Tetley’s, as well as its World Beers San Miguel, Tuborg and Staropramen. Carlsberg is the official beer of the England Football Team.

Northamptonshire Enterprise Partnership’s (NEP’s) clear objective is to increase the prosperity of Northamptonshire’s businesses by supporting the creation of better quality private sector jobs. NEP’s intention is that an extra 32,500 new jobs, 37,000 new homes and an overall growth in the local economy of £4bn be achieved by 2021. NEP leads on the development and strengthening of Northamptonshire’s proposition for new investment, future growth and prosperity; it also raises the profile of the county’s excellent food and drink offering whilst enabling networking opportunities and incentivising even better quality. NEP has an excellent track record of working in collaboration with Northamptonshire businesses and partners including Northamptonshire County Council and the University of Northampton and sees this joint working as an essential part of its strategy moving forward, helping the county’s businesses go further, faster. For further details, please visit www.northamptonshireep.co.uk

About The Mallows Company Ltd

The Company, formerly Rachel Mallows Services to Business, has been providing a complementary range of services to businesses, charities, organisations and individuals since 1988. Supporting growth through people, its key business areas are coaching, mentoring and training, charity administration, project management and careers guidance. www.rachelmallows.com